The Lads were started in 1980 by a bunch of Hollywood Punk Rockers. 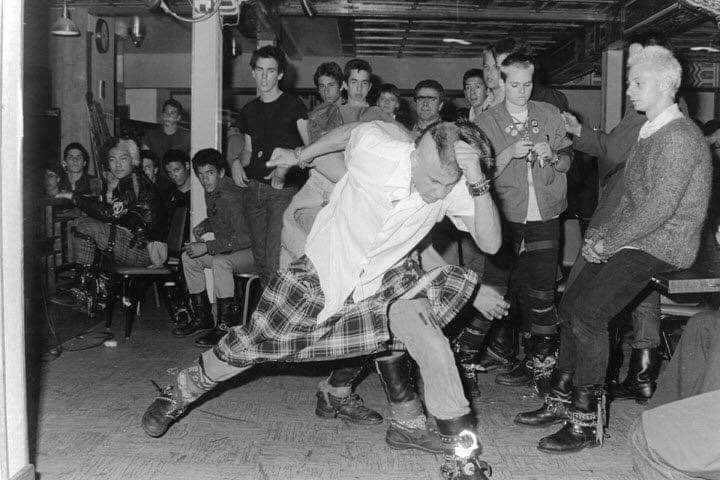 In the picture above you can see what the very beginning of the Lads looked like.

And to answer the big question,yes the gang hung around the band Bad Religion and vise-versa. They were our band. 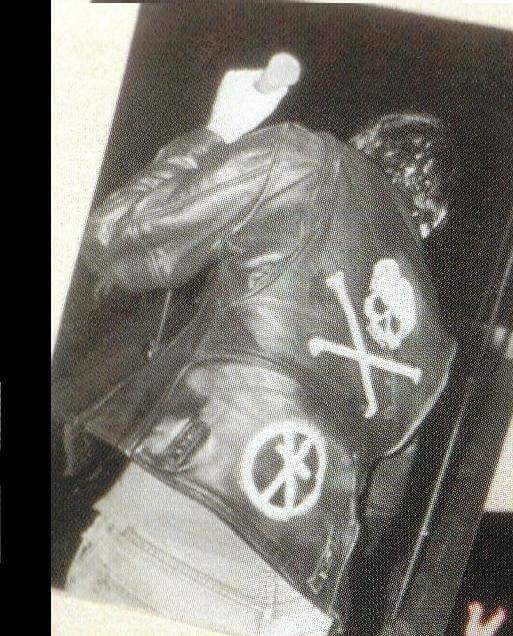 Being a little kid at the time I was in awe of the gang and the band.

I loved Bad Religion so seeing them hang out with The Lads like they did was super cool!

These people were my role models.

From that time in 1980 at the age of 14 when I got to hang out in the studio with Bad Religion and The Lads I just wanted to know more about these guys.

I’d go to shows and see them roll into the club in numbers. There was always a buzz around them. They had it going on, the chicks loved em and the guys feared them.

Lads members would roadie and do Security for the band when they’d play. It was a real scene!

After 85 there was a parting of friendships and a split within the club. The Original club members all went their own direction. Punk was dying and people started growing up and doing their own thing. The Lads, the original set never really got together much after that. 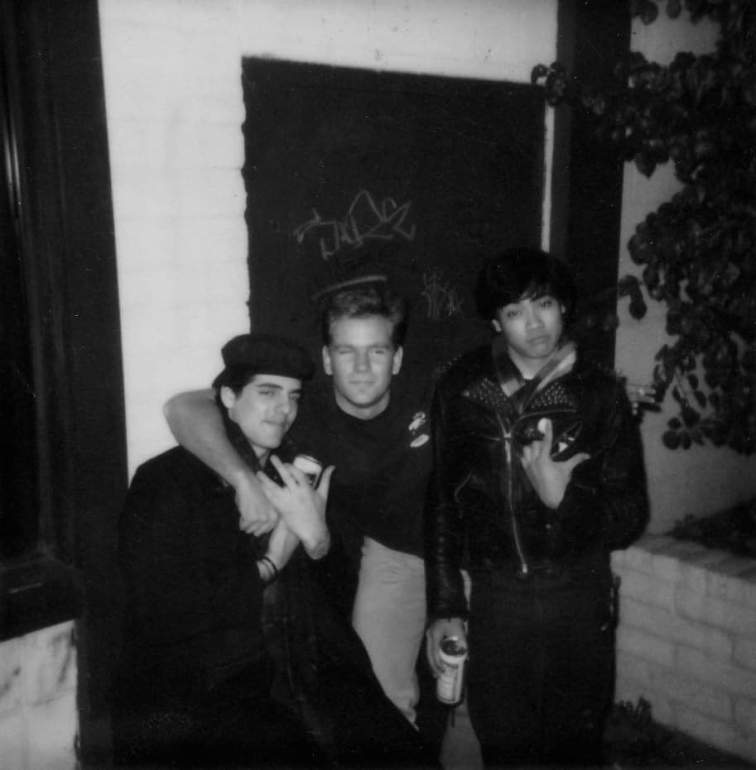 The fight between the founding members ended up with Alex as the head of a new version of the Lads.

At about that same time, certain members struck out “on their own” using the name The Lads. Alex personally acknowledged to me that our friend Neal had asked him if he could recruit new guys. Alex said yes, assuming he would have approval over all new members. But when the introduction time came… Our friend Neal had already admitted the new guys into the club.

So sets like The South Side Lads were the first to set out on their own under the leadership of an Original Lad, a friend of mine, Neal. You might remember them from Fenders Ballroom but it closed in 89, because the venues that supported the Punk Rock scene Died. The night clubs that had punk shows all received pressure by the City and the insurance industry to close or change their musical format. Punk was too much of a liability. Business and Community leaders weren’t having it anymore.

All sorts of people claim to be apart of The Lads now. But all the Original guys know who was in The Original Lads back in the day.

The new thing was a different thing from the original thing. In stead of everyone having a stake in things, Alex began making whatever rules he wanted in place and he added all sorts of people. Whoever he wanted for whatever reason. Some of them are around but a lot of them gave up on Alex because things weren’t going anywhere. A lot of Heads wanted a bigger thing and many heads left to join other clubs.

Meanwhile, the scene continued to dwindle, punk was deader than dead.

From the time I entered the club The Lads were at war with Suicidal and that had begun before I came in. This went on for many years with what seemed like no end in sight.

The killer for the club was when the scene ended. There was nowhere to go, nowhere to hang out. The War ended over time…But to help it along many people died from overdose, hepatitis, HIV and AIDS all associated with Heroin and the street life. And those that didn’t die wished they had died because a lot went to prison for all sorts of reasons. Myself, I smartened up and joined the U.S Navy. It helped me get out from under some legal trouble I had acquired and I got to see the world. Honorably Discharged too… I showed em I could take it! I learned some valuable skills along the way if you know what I mean. I also assembled a wild crew of guys inside The Navy and we tore some shit up. Great guys! I got out after a few years though… I wanted to get back to Cali I missed home.

In the early 90’s a number of Original Heads assembled at Rick Rubens house (yeah, That Rick Ruben) and we had a series of meetings about getting the club rolling again. Things though just never materialized and it just never really got going.

The only gangs that were ever actually associated with the Original Lads were Sacred Reich aka Sac-Re and The Winos aka Dog Patch Winos because there were OG Lads Members in those clubs back in the day.

So, the next time some dude starts saying he’s in The Lads and says he came around in the 90’s just know that he ain’t never been in The Real-The One And Only-Big Time-Punk Rockin-Gang Banging-OG-Los Angeles Death Squad!